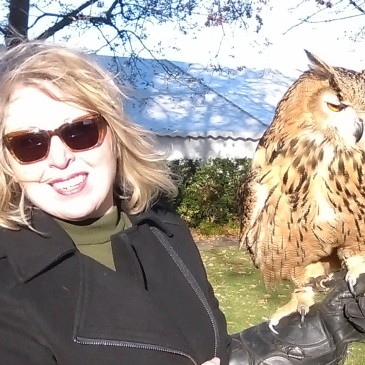 I am a curator, consultant and writer working primarily in the field of contemporary craft and design. I work with many artists and organisations, building audiences and contexts for craft and design practice. Since late 2013 I have been part-time development and project manager for Design-Nation, a portfolio of contemporary designers and craftspeople in the UK who exhibit regularly at leading events like London Craft Week and London Design Festival. Other places I have worked include The National Centre for Craft & Design, Smiths Row (formerly Bury St Edmunds Art Gallery) and Contemporary Art Society.

As Design-Nation’s development manager I am responsible for our strategic projects and showcases. I also lead on researching and securing grants, sponsorships and support though major partnerships and in-kind gifts. 2019 was a landmark year: Design-Nation successfully applied for a major grant of £300,000 from Arts Council England to support the growth of the organisation and programme over the next two and half years. The grant is a continuation of my excellent track record in obtaining funding and support for organisational and freelance projects, which has steadily grown since Arts Council England supported my project with Michael Swaine in 2008.

I have a busy independent practice as a curator, consultant and writer. Since mid 2018 I’ve curated The 62 Group of Textile Artists’ exhibition “Ctrl/Shift” for MAC Birmingham, and “Surface Matters” for the Design & Crafts Council of Ireland (both touring until 2020). Other recent projects include touring shows “What Do I Need to Do to Make It OK?” and “Beauty is the First Test”; and “Artists Meet Their Makers” for West Dean College at the Crafts Study Centre.

Ceramicist Bridget Macklin, a member of the Design-Nation network, wrote this for me in 2017 as part of a writing workshop we participated in and I am grateful for her permission to reproduce it.: “Liz Cooper has a passion for learning and it is vital to her that visitors to her exhibitions are entertained, challenged, educated and invited to think. Liz chooses to work with artists whose concepts and ideas matter to hers, and strives to develop and present projects that are s not only of importance to everyone involved, but also has the potential to reach a wide audience. Liz is excited by curating contemporary craft, and deeply interested in the inevitability of change and how artists respond. The core of what Liz does is to present intriguing and thought-provoking ideas that are explored through the work of artists who also engage with process and materials.”

Between 2010 and 2015 I managed The National Centre for Craft & Design’s touring exhibitions programme. This included Transplantation, narrative jewellery and migration, touring UK and Australia 2012-2015; Creating a Scene, craft & theatre design, at Oriel Davies, mid Wales in 2014; Bathing Beauties, an EU-funded architecture competition, touring 2008-2015; and Black Sheep, an investigation of the edgier side of felt art practice, curated by artist Laura Mabbutt, touring 2014-2017.

Prior to joining NCCD I was craft curator for three years at Smiths Row, curating exhibitions such as Better than Grey and Making and Mending. She worked for five years in senior arts administration roles for Studio Voltaire and Contemporary Art Society, both in London. Alongside this, I freelanced for the annual UK/Ireland touring event The Knitting and Stitching Show with internationally renowned textile and fibre artists from around the world.

In 2009 I was part of the Arts Council England “Forming Ideas” research initiative to the Nordic countries. I also taught professional development for artists at Mary Ward Centre, London for several years.

I studied textiles at Goldsmiths College London, and was a core member of leadership network CraftNet between 2014 and 2019.